Home Behind Every Successful man, is THE MAN.
OOpinions

Behind Every Successful man, is THE MAN.

It’s a widely accepted belief that behind every successful man is a woman, a mother, a sister, or a wife with a vision. A woman is regarded as an assistant and helper to the man. This means she is expected to support his dream, career, or business. The true questions are, how correct is this notion? Does it apply to every man? Are there not single successful men out there? Does it mean that married men who are not successfully married, have visionless women around them? if women are powerful deciders of a man’s fate, why do we have successful men without a woman behind them? These questions would be analyzed in this article.

Married successful men are always used as a reference point in promoting the above ideology. A man’s success is not always because of the woman. We have failed to understand that a woman could advise a man and do everything it takes to put him on the right path and things will still not work out. During awards nights, some men would thank the women in their lives for helping them attain such height. This can be his mother or wife. Sometimes, they don’t even mention any woman, they just mention men. How then did we conclude that behind every successful man is a woman?

Does the above statement apply to every man?

It is a fact that success doesn’t apply to every man. A lazy man can marry a woman with vision and still die poor or without achievements. The truth is, not every man can maintain a certain height of success. It is not every man that has the discipline to perform beyond the ordinary. Plainly speaking, not every successful man is married or ever will.

This brings us to the next question, Are there not single successful Men?

Yes, some men are successful yet single. Some are not single however, they have a member of the same gender standing by them and not the other way round. These successful single men range from artists, actors, businessmen, career-driven men, etc.

I can say with certainty that there are many energetic, hard-working, creative women out there who are married to unsuccessful men and this is a reality in life. There are several angles to life. Several factors contribute to the success of an individual.

This popular phase to an extent portrays a woman as having the key to success or being at the centre of a successful man. It depicts that women know what is essential for success, like deciding when to make decisions, and how they should be followed, the importance of accountability, determination, discipline, and the list goes on.

Behind every successful man is the man himself with the ability to FIGHT for what he wants. –Princess Zachariah.

Behind every successful man is a youth who made risky but right decisions, hustled for an opportunity, met the right people and got the right connections. A self-motivated and determined youth, following the trend but aiming to create a trend. Behind every successful man is a man who works hard, maintains the right relationships, and believes he can be better so he seeks advice. A man who has built himself to heal from failures and aim for greater height.

I am in no way trying to belittle the importance of a woman to a man’s life. A mother with vision helps her son’s dreams,  guides and motivates him. A wife with a vision, on the other hand, helps her husband, supports him, and even acts as an adviser. However, can we truly say that all women can give great advice? Yes! I know what you will say. The question I have for you is, can’t someone else other than his wife fill these shoes?

In conclusion, for any person to become successful, they have to be a goal-getter and a fighter. They also usually have an amazing team. It doesn’t matter the gender of the people in that team, as long as they are experienced and good at what they do, then there is a potential for outstanding greatness. We must understand that a man who hasn’t realized himself and lacks hunger for self-growth will always be doomed for failure. This would happen whether or not he has 100’s of women as his backbone.

Check out some of our articles

Memoirs from a Repressed Memory

My name is Zachariah Princess, I'm black and beautiful. I love wordplay, it forms a big part of my poems and yes, I'm a Poet but I major in Creative Writing. I'm not your regular type of writer. Personally, writing is a means to help society, express strong emotions, tackle societal issues, create awareness, project diverse opinions, and establish optimistic views that help people see the world from a different angle. Writing helps me take the world with no boundaries. I have delight in treating things with a legal approach, I find it necessary to know my right and my limits as a citizen, that's what motivated me to study law. With that brought to the limelight, I would love to reiterate that I'm a law student but it doesn't limit my mindset to only law-related articles. I worked as a ghostwriter for a blog for some time. Now, I'm an intern writer at Lulusarena. I generally love art, I'm a huge fan of artworks and I also love wafers. I believe there's no perfect writer and people read based on their paradigm. As a creative writer, I don't just think outside the box but I try to be the box to examine things from all dimensions.

Commitment? Just choose one and keep it moving.

Why Men Should Have Empathy. 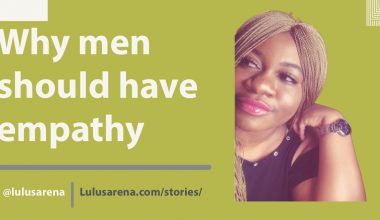 Read More
SSociety & Culture
Dear men, you are allowed to have empathy for people. I was having a conversation with a guy… 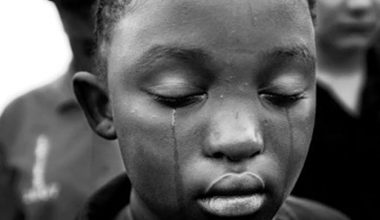 Read More
SSociety & Culture
There is a prevailing crisis of child abuse going on in Nigeria and by extension, the whole of… 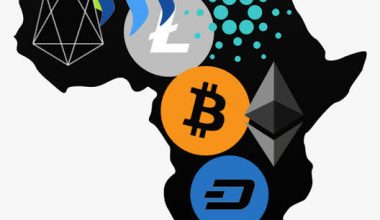 Read More
BBusiness & Finance
by Chinwekene Daniel Umeaka Before now, when people asked me why I wasn’t investing in cryptocurrency, I simply gave…