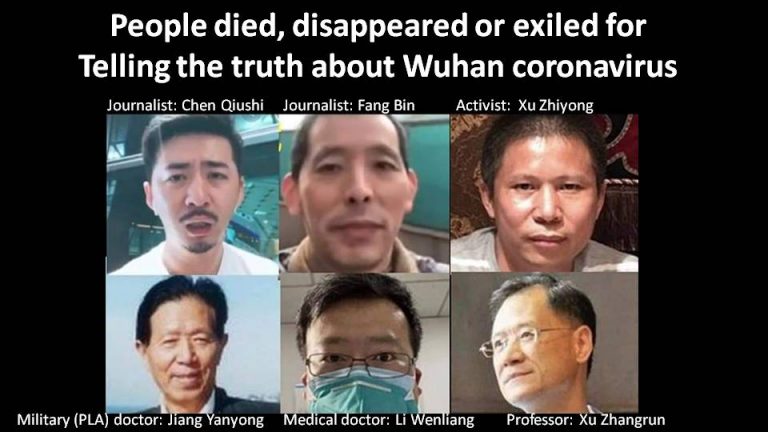 A lot of noise has arisen from the discussion as to whether China is responsible for the outbreak of the coronavirus or if they are at the winning side of this viral eruption. Looking back, we would see that China is not a newcomer when it comes to viruses. They have been majorly criticized for their media censorship and propaganda. Afore the COVID 19 virus, there was the SARS virus in which China was said to have repeated the same thing which is masking the truth from the whole world. The COVID 19 virus which began in Wuhan China started in November 2019 and was kept on the low for months. Beijing even went further to dish out punishments on anyone who spoke out.

A history in cover-up

It is important to note that China built an infectious disease reporting system after the SARS epidemic in 2002. This was to help them with future outbreaks of infectious diseases. However, it was said that at the initial stage of the COVID 19 virus outbreak in Wuhan there were failures in the reporting system which led to the omission of documenting of new cases (cover-up became the order of the day). The government was interested in their political outlook rather than the epidemic control. This is why eight(8) doctors were stamped on by the police and some others vanished mysteriously.

Why did people died and why have some disappeared?

China has a long history of cover-ups and this is evident in the lack of dispersal of information and transparency about the pandemic on the part of the Chinese authorities. Looking back, China covered up the severe acute respiratory syndrome (SARS), another type of coronavirus for over a month after it emerged in Guangdong Province in 2002, and held the doctor who blew the whistle in military custody for over 45 days. The disease affected over 8000 people in 26 countries. It’s been 17 years and China still had a fatal period of hesitation. Having the right information indeed helps people to get in front of this virus. This is why Thailand and South Korea took nothing to chance immediately after the outbreak of the COVID 19 learning from what happened 17 years ago.

Many journalists, doctors, and activists have disappeared and are nowhere to be found. They were determined to show the world the situation in China. Fang bin had been doing that online and even had quite a number of following. On the 9th of February after he posted a 13 seconds video with the words “ …hand the power of the government back to the people” his social media account went silent. Another video journalist Chen Qiushi’s social media account has been deleted. He told BBC News that he was unsure of how long he would be able to continue. On the 7th of February, on one of his social media accounts, his friend and mother said he had gone missing the day before. The Chinese government has been tight-lipped about this issue. Some of his videos and findings have led to the reports that bodies of people have been cremated in Wuhan without the death being recorded as a coronavirus fatality.

A medical doctor Li Wenliang, after raising the alarm of the virus in early December 2019 was warned not to spread false news. He later caught the virus and died. The Chinese reacted by censoring every critical comment about Dr. Li’s death. If you check the internet about Chen and Fang’s post, it seems like most of their work has been removed and the remaining ones are censored. A follower said “slowly, it would be like there was never someone called Chen Qiuishi.

A Chinese activist, Xu Zhiyong was also detained and the detention is likely to end in a jail sentence. That is if the government opens up about its involvement in his disappearance. He urged the Chinese President Xi Jinping to step down and resign. The president on the other hand has been criticized for silencing people who either exposes the government or enlightens the people. There are other cases of individuals such as that of Professor Xu Zhangun and military doctor Jiang Yan Yong.

The Scuffle for Power & The catch

China is the dominant supplier of pharmaceutical ingredients (API) and medical supplies and even today about 80% of pharmaceuticals sold in the United States of America are produced in China. They are also the largest and sometimes only global supplier for active ingredients of some medical medications. Without any doubt, China has a choke-hold on drugs. This is why a country like the United States has emphasized and encouraged the production of drugs in the US in other to reduce its dependency.

The mode of operation of the United States as a great power has been based on wealth, Power, and Influence. In particular, it is the willingness to respond to crises both at home and abroad; somewhat like a mother hen figure. However, with the covid19 China has risen up to the occasion by filling United States shoes and sending relief to countries, donating supplies, and many more. A perfect example of this was when Italy cried out for supplies China took this as an opportunity. They have thereby supplied many European countries with supplies as well as 54 African countries (Nigeria included) while the United States on the other hand are struggling to fend for themselves not to talk of donating to others.