Covid 19 : Where is our President? 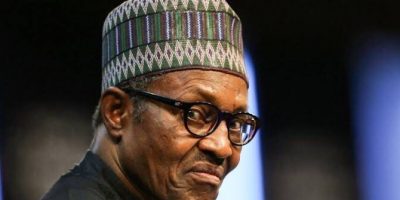 Where is our President?

This has been the question in the mouths and hearts of thousands of Nigerians since the outbreak of the COVID 19 outbreak in Nigeria. Unlike other countries such as Canada, China, the United States of America Japan, France, the United States, and others in Africa such as Tanzania, Ghana, South Africa, Liberia whose President has publicly addressed them from time to time. It’s been a different ball game in Nigeria as President Muhammad Buhari has only addressed the nation on the viral outbreak once which was on the 22nd of March 2020 through a 23 seconds video. ( Yes. That same one where he pronounced it as covik 1-9 ). 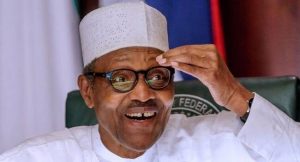 “Hide nothing from the masses of our people . Tell no lies , expose lies whenever they are told . Mask no difficulties, mistakes , failures and claim no easy victory …” – Amilcar Cabral

An uproar of the whole situation became pronounced with the announcement of his chief-of-staff Abba Kyari having tested positive to coronavirus. This has led so many Nigerians to believe that the president has either been infected or has gone into hiding at this very crucial period. Leaving his aides to address the nation in his absence. Some are of the view that the president is totally oblivious to the happenings in the country during this very volatile period. Amidst this, has been the rumor that the president and his chief of staff are presently not in the country as they had sneaked into the United Kingdom for standard health care treatment.( nothing has been said about this, we are patiently waiting for them to either admit or refute this).

On the media front,  have been the voicing of dissatisfaction as well as an annoyance in various social media medium. Focusing on Twitter, the most blaring has been from a user with the username “ Imam of peace “ whose tweets seemed to trend worldwide as he popularized the hashtag #BuhariResign that ended up being on number 1 on the Nigerian trends as at 27th of March 2020. In his series of tweets, Imam of peace claimed that Buhari has and this cult were the ones responsible for fabricating and photoshopping information. He further asserted that he use to be an extremist therefore it was easy to recognize one. Accusing President Buhari of being an enabler of terrorism, a dictator as being incompetent, and by that means making a fool of Nigerians. It was indeed a battle in the kingdom of Twitter amid the iman of peace and Buhari and his cohorts.

He additionally accused the Nigerian government of controlling the media house when he asserted “ Nigeria TV channels want to interview me. I agreed on the condition that they interview me LIVE. They all said no. They want to pre-record it. This means 2 things They have a dirty agenda or that Buhari is a dictator OR both …”

One would have thought that there would be a large set of people who would oppose him but the opposite was the case. As he not only won the hearts of many people by saying things many were too afraid to say but his numbers of followers skyrocketed. One funny reality is that Nigerians find it very hard to believe their government. Unlike many other countries, Nigerians have at so many times highlighted from the vehicle of transparency and this is why many other individuals, as well as agencies, have found it easy to peddle face news as well as manipulate a sizable number of the population.

Mohammed Jammal addressed Reno Omokri through a tweet on the 28 of March 2020 “ you are my elder and I respect you . Don’t let a foreigner interfere with your country’s politics. You can say what you want as a Nigerian but don’t let someone from another country … talk about your President” Reno who identifies himself as “Buhari’sTormentor” and worked under the previous Nigerian President GEJ tweeted and replied “people like you celebrated when General Buhari hired John Campbell to publicly humiliate the then President Good Jonathan …You are a hypocrite!” 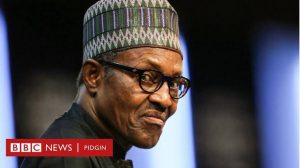 One very important question in the hearts of Nigerians during this period is “Did our president truly test negative for the covid 19 ?”. If yes, they would like to hear him address or talk to them, and if no, then what will be the fate of Nigerians. It is humorous how many Nigerians are emphasizing on how difficult it is to believe that President Buhari tested negative to the Covid-19 when members of his cabinet have already begun to test positive. This might be because many country leaders have continued to be seen on TV tending to the worries and concerns of the people.

Everything considered, the hopes of the Nigerian people is that this “vacuum” will be filled and that the leadership of this country Nigeria would rise up and fulfill its promises which were made to them. I would, therefore, like to stress that Dictatorship is not leadership, leadership is leadership … and that In the days to come the efforts put in place will be sufficient enough to keep the population safe considering that we are to a large extent still in the containment stage.