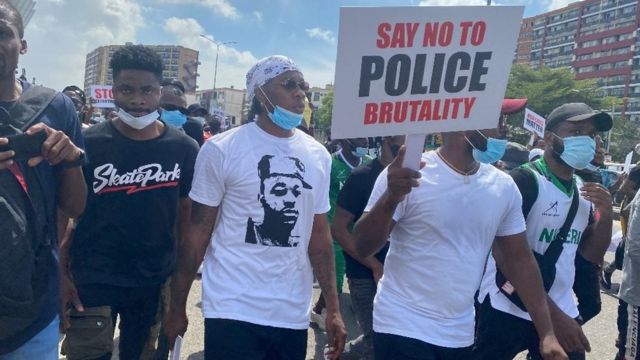 The Oppressed must not, cannot be neutral in the struggle of the oppressed against the oppressor. -Kwame Nkrumah

The last couple of days has been characterized by an uproar in the Nigerian society. Many Nigerians including celebrities have now taken their demands from just the social media platforms available to them to the streets demanding that SARS be abolished. For those that do not know what SARS means, SARS is a branch of the Nigerian Police force. They are the special anti-robbery squad that specializes in the cubbing of robbery and theft. However, rather than help the citizens, they hassle innocent people by extorting money from them, they carry out illegal arrests, they almost rarely never properly identify themselves when dealing with members of the public and they have from one time to another wounded or killed members of the society. 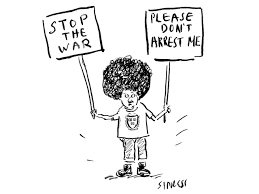 I personally haven’t had a one on one experience with them or even had anyone close to me get harassed by the SARS squad but I have heard several stories. Those that should be our protectors are our torturers, those we should run to have become who we have to run from so that we don’t lose our lives. Several lives have been lost to the carefree attitude of these extremely dangerous agents without them being held accountable. I must say, that I’m impressed with the way people have begun to lend their voices to a cause that would make the society a better place. The most unique thing about this protest is the people’s emphasis on not wanting a reform because this has been promised over the years but the call for the absolute abolition of SARS .

The last time I think Nigerians ever came together to lend their voices for a cause was during President Goodluck Jonathan’s government in 2012. The major focus of the protest was to ask for the removal of the fuel subsidy. However, I believe that despite the good intention behind the protest, It was a protest that was indirectly orchestrated by the opposite political party to promote unrest and impunity in the Nigerian society at that time.

In our active participation in the #ENDSARS PROTEST WE SHOULD REMEMBER:

It is important that I mention the fact that there are people who are concerned about the emergence of the #endsars movement. Their concern is embedded in the fact they believe the purpose of the creation of the SARS force is for the benefit of the people and if or when this agency is abolished, what then would be our substitute. These people with this school of thought emphasize that there should be a total reform in our police force and not just SARS. Why clamor to scrap off one particular sect when the same kind of people are indeed the ones that make up the entire police force? Why ask that the anti-robbery squad be scraped off when the government would eventually still need to create a similar agency tasked with more or less the same job description? The government might only end up changing the name and putting the same dangerous men of the forces in the line of duty.

There is indeed no better way to say this, we need reforms! we need reforms in every arm and parastatal of the Nigerian government. Government employees, our political leaders as well as every member of the civil service must be made to realize that any behavior or attitude that is not in line with laid down rules, guidelines, and policies would come with enormous repercussions. We need to normalize officials getting dismissed from service whenever their actions do not tally with the laid down code of conducts. We should not be too quick to forget that there are still the not-so-morally upright citizens amongst us who would take advantage of the abolition of the anti-robbery squad to perpetuate their evil agenda in the nation.

On the whole, my aim is not to sound like a pessimist or something along that line, but rather to help us understand the scope of the situation. when you carefully analyze the history of protests in the African continent, you discover that they do not necessarily bring about revolutionary changes with exceptions to the ones that helped in achieving colonial independence for several African states. However, this protest would not only help in decreasing oppression, expose the happenings in Nigeria to the global world, keep the Nigerian leaders accountable,  but will help in promoting and deepening the right type of democracy in the country.

You can let me know if you have had a close experience with the SARS squad or near experience. You can also drop your thoughts on the situation and share what you feel would be the perfect solution in handing this present situation.