Fascism: What the World Never Admits. 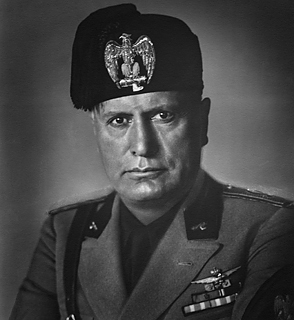 The democracy we say we practice today, is not at all different from yesterday’s Fascism because they both produce the same results in our present time with exception to war. _Oluwapelumi Okeh.

Fascism is a political philosophy and system of ruling that exalts the nation and often race, above the individuals. It is an autocratic system of government headed by a dictator.

The main features of fascism are: 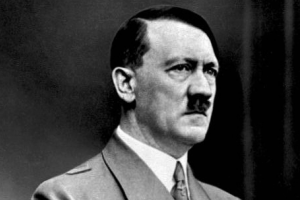 Fascism originated in Mussolini, Italy in 1922. As at that time in world history, Benito Mussolini came into power with his Fascist party after defeating Rome. Fascism intended to promote national glory by war conquest, solve economic difficulties, promote autarky, increase the absolution of power. Although very similar, Italian fascism was slightly different from that of the Germans.

A fascist system of government is mainly successful in a racially unified system, as it brings about an increased sense of racial supremacy. The lists of countries that are racially unified in our present-day are mostly located in Northeast Asia and Europe. Most culturally diverse countries can not function on fascism. Examples of states that are most culturally diverse in Africa include Chad, Cameroon, Nigeria, and Togo. In fact, almost all the African states are culturally and ethnically diverse and this emanates from colonial legacy. Canada is the only western country to rank on any diversity index because of its number of tribal groups and languages. Going forward, it is important to note that cultural diversity is different from ethnic diversity.

Some of the pros of fascism are that it brings national unity, strength, and solidarity. However, laws in these political conditions (In fascist states) are usually dictated by the leaders to control the lifestyle as well as the life choices of the people. They control the education, the news outlets, and the economy; feeding their political subjects with propaganda, deception, and lies.

Despite the popular opinion, I believe that fascism still exists in this present time. There have only been a few upgrades and adjustments here and there. The form with which it exists also varies. Many have gone ahead to adopt terms such as a conservative system of government and some others refer to themselves as progressive conservatives. Even the ones claiming to practice democracy are guilty of the same actions. For me, they should be considered as two sides of a coin.

When you carefully consider the features and characteristics of a fascist government, you will agree with me that fascism still very much exists. In Trump’s America fascism exists, in Buhari’s Nigeria fascism exist, in Abacha’s Nigeria, there was fascism, in Hun Sen’s Cambodia fascism was in existence, in Andrzej Duda’s Poland fascism exists, in Putin’s Russia as well, agents of fascism exist, amongst many others. Despite the existence of Fascism in Africa, it would always continue to produce inefficacious outcomes like disunity, underdevelopment, and identity confusion due to their colonial heritage. Many countries supposedly adopting democracy or its principles are still making use of fascism alongside their system of rule. The fear for many fascist leaders today, and why they keep hiding under the generally accepted system of government available in recent times, is that they do not want to be labeled as the Hitlers of the 21st century. 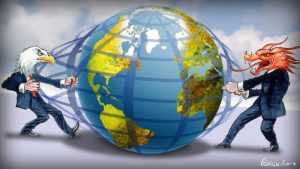 The World, Fascism, and China’s Communism.

Is it not hypocritical and Ironical that China’s communism is constantly being criticized? In my opinion, the major differences between Fascism and communism are in the fact that one tends to gear towards morality, human dignity, and human value more than the other. One promotes extreme nationalism and cultural domination while the other promotes a classless society that advocates unity with the world. Logically, they are very similar and they do not only arrive at the same result but they also provide conditions that foster tyranny and personal interest.

The same way fascist government adopts propaganda to promote their ideology is the same way most states adopt propaganda and indoctrination in controlling what is taught in their educational system. They manipulate what is talked about in their media outlets as well as establish regulations, policies, and laws that do not favor the people. It is all the same with the democrats, the republicans, the conservatives, the communist, and progressives. The only difference Is that violence is propagated in secrecy and perpetuated by the help of the secret agencies such as the MSS, CIA, SVR, Mossad, and many others in modern times. The violence is further complimented with aggressive diplomatic measures by the countries.

Finally, the very sad reality is in the fact that people have accepted fascism without even realizing it. The term fascism is almost silent in the political sphere and discussions of our today world. However, its seeds have been planted beyond what most minds can conceive. The effects of this phenomenon have hereby become egregious than the way it was in the past, with only an exception to the issue of war and violence.

12 thoughts on “Fascism: What the World Never Admits.”