There is indeed no doubt women are forces to be reckoned with in almost every field, specialty, and expertise. Women seem to always leave their imprint on whatever they are a part of. Gone are the days when women were regarded as weak, practically underestimated, and pushed aside. Now, they can not be put in a box. They possess the determination, strength, resilience that the other gender possesses. It is, therefore, no surprise that they also bring this uniqueness to even their killings.

Female Serial killers do not necessarily act alone all the time. They sometimes usually have partners. In some very rare cases, their partners might be unsuspecting puns in the final scheme of things. According to Peter Vronsky’s book titled, Female Serial Killers: How and Why Women Become Monsters. He cites that nearly one in six (16 percent) of serial killers apprehended in the United States since 1820 was a female, either acting alone or as a partner of a male or female offender.

Spree-killings should not be mixed up with serial killings. Although they are both murders, serial killers usually have a certain methodology to their killing, it usually comes with a certain pattern within a specified period. A woman could be a murderer and not a serial killer. A serial killer is an individual who repeatedly commits murder, typically with a distinct pattern in the selection of victims, location, and method.

There are usually several motives behind the serial killing. These include sexual motives, thrill, and excitement, irrationality, mental disorder. According to psychologytoday.com, female serial killers are not often motivated by sexual gratification but a twisted sense of sympathy, love, or altruism. Evidence has shown that women often avoid murder with which they have to severe bodily parts of their victim. They usually opt for poisoning in most cases. As regards the varieties of victims, female serial killers could kill a lover, a non-lover, a friend or a foe, a relative or non-relative.

There is a myth surrounding serial killers. Some writers describe serial killers as loners, low life’s, dysfunctional individuals. This is not typically the case as there are serial killers who have no reason to kill. They live perfectly normal and functional lives yet; they still feel the need to hunt for victims. They might not be terrifying as people popularly believe. They could be individuals that have smiles endearing enough to pierce your heart. Hedonistic serial killers are the most dangerous as they enjoy the thrill and pleasure killing gives them.

In the popular thriller television series, Killing Eve the main character who was a psychopathic female serial killer later became obsessed with the MI6 agent who was chasing her. Villanelle, as she was called had an innocent exterior that hid the deadly side of her. She was exceptionally gifted, ruthless, yet likable, and relatable. In simpler words, she was a psycho that sometimes had intermittent empathetic episode towards her antagonist. Despite these rare episodes of empathy, she was still a cold-blooded unsympathetic killer.

Popular female African serial killers include KD Kempamma, also known as Cyanide Mallika who ran her own finance business, she was married to a tailor who left her around 1998. She began on her path of crime in 1999. Her M.O was to lure women who seemed too distressed and offer a helping hand by giving them cyanide-laced drinks. She was the first female serial killer to be convicted in India. Another popular African serial killer is Credonia Mwerinde of Uganda, popularly known as “The programmer”. She was the leader of the Ugandan Marianist cult, She was reported to have killed hundreds of her followers on the 17th of March 2020.

Why Female Killers Should never be Underestimated.

When security agencies are set to capture or investigate a serial killer, they do what they call “profiling”. The profilings give them an understanding as to what fuels the serial killers to kill, why they do it, how often they kill, and their attachment to their victims. This goes a long way to help them understand the behavioral patterns and traits of these killers.

The problem with this is that “Women do not typically fit the profile”. The complication here is that women are more deceptive as serial killers and this automatically makes them less likely to be perceived as a threat to an unsuspecting individual. They are therefore able to perpetuate their manipulations and evil with fewer complexities involved. This explains the “almost silent” existence of female serial killers in the world, especially in Africa. The truth is that they exist in every culture, demography, group, and society of the world. 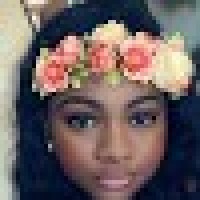 Previous Post
South Africa’s Ban on Tobacco Due to COVID-19 is Needless.
Next Post
Is Freedom Really the Ultimate Good?