Home » How to love Yourself

How to love Yourself 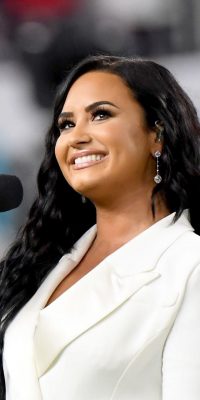 Hello guys! I trust you all are keeping safe? I have decided to write on how to love one’s self but then I thought to myself. What better way to do this than to use Demi Lovato’s “I love me” song? I love me was released on the 6th of March 2020 as part of her lead single from her seventh upcoming studio album. I know that you have probably seen and read several articles on self-love as well as movies portraying the importance of self-love. However, I have decided to adopt an unusual style by using Demi’s single which tells a fascinating story about her struggles with narcotics, depression, and criticisms. Going forward, the body of this article will therefore contain:

Demi was born in 1992, she is a singer, songwriter, and actress. Her journey to fame began at a very young age of nine. For those of you that didn’t know, she portrayed a character in Barney and friends. She’s a pop, pop-rock, and RnB singer. She has in the past struggled with several issues. She claims her father was mean and abusive and the effect was what spilled over as her having daddy issues during adulthood. She has been open about her struggles with depression and various eating disorders. Lovato is bipolar and has had a long history of drug abuse. She became addicted to drugs at a very young age. At a point, she celebrated her 6 years of sobriety after which she relapsed again. In giving her reasons for this, she explained ” I wasn’t working on my progress. I wasn’t ready to get sober. I was sneaking it on planes, sneaking it in bathrooms, sneaking it throughout the night. Nobody knew”. In July 2018 she overdosed on heroin and was rushed to the hospital. 18 months after, she’s still healing and decided to drop her 7th album. She has earned numerous awards including four Billboard Music Awards,2 Grammy award nominations, and holds a Guinness World Record.

The 3:26 seconds song contains two (2) verses and a bridge which was written by Demi and other writers.

The music piece tells a fascinating story about her personal experience and struggles. In Verse 1, she sings and tells us a story about how she often gets influenced by what she reads and sees in the magazines and how it dictates her life and image. Saying it has shined the light on her imperfections rather than her potentials and talent. She addresses her eating habits and bad choices as well as not having control over it . She criticizes herself for being an expert in giving love to somebody else rather than herself. In the chorus, she condemns herself for comparing herself to everyone while self-destructing (maybe alluding her struggles with drugs and alcohol). She continues to talk about her journey with looking for love; a kind of love she described as ” ride or die”.

In verse 2. she sings about internet trolling and her effort in dealing with judgment from trolls. She claims that their criticisms have seemingly bought a first-class ticket in her head and mind. Invariably sabotaging the image she has of herself. In the bridge of the song which was the concluding part we continue to hear a now confident Demi concluding that in as much as shes usually under heavy criticism, she’s always the first to criticize herself. She ends this by saying even when she’s not ‘her’ best she’s still the best. 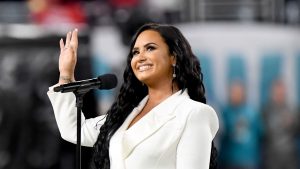 How To Love Yourself

Be careful not to use standards portrayed in the media as a measuring parameter for yourself. Over the years, an increasing number of young women are increasingly suffering from self-esteem problems. This can be traced back to poorly written scripts in movies as well as various falsehoods being popularized everywhere. The truth is, not everything on social platforms is true. Yes! you are imperfect. Yes! you have made a few mistakes that do not make you damaged. It is your imperfections that make you unique, perpetually showing forth the very essence of your being.

It’s okay to have challenges, it’s not the end of the world. There comes a point in everyone’s life where they battle with one thing or the other. This is indeed a crucial time and having a support system is very important. When you need help, seek it. This does not make you a weakling but rather a strong person. It is only a strong and brave person that can admit to needing help. So many people are unhappy, secretly dealing with depression, battling with one addiction or the other, yet they keep these to themselves. Nowadays, there seems to be a whole lot of stigma associated with asking for help and so most times we feel the best thing for us to do is to keep our secrets. We mustn’t let that deter us from seeking help. Support could come in the form of friends, family members, group meetings, and so on.

Self-love is important but you can not fully love anyone until you know how to love yourself. The same also applies to others loving you. No one wants to love anyone incapable of loving themselves. This is because it would never be good enough for them. Loving one’s self includes living a healthy life and making healthy decisions. This can be a very challenging thing to do because many unhealthy things we do are in fact very addictive or have even turned to habits. This would indeed require loads of discipline. These two are consequently important factors that help shape the rest of our lives.

Do not be scared of being criticized

The fear of being criticized as well as the criticism itself has led many people to a state of downward spiraling. Some begin to find outlets to ease the rejection or discomfort. This has resulted in so many seeking solace from drugs or even alcohol. It is not all criticism you open your ears to. In fact, not every critic would be gentle and not all criticisms are false. However, Instead of seeking people’s approval why not seek improvement?

Finally, i hope the article has been helpful in more ways than none in highlighting the importance of self-love above anything else. I’m hopeful that you enjoyed the twist with the song as well as the mini-review . You can let me know what you think in the comment section.