Home Jesus Said Use Your Head by A-Q and M.I Abaga.
AArt & Entertainment.

Jesus Said Use Your Head by A-Q and M.I Abaga.

Award-winning Nigerian rapper M.I Abaga comes through with a new track titled “Jesus Said Use Your Head” in the Extended Play “The Live Report” with A-Q. Over the past few days, I have gotten a few requests from people to review the song. I was excited as I was listening to this particular track because of the strong message it contained. Despite the title of the song, it was successful at achieving great feats by addressing major issues that cut across all religious, ethnic groups and various classes of people in the society. The song is part of a 6 tracked EP titled The Live Report written by A-Q and M.I which was released on the 13th of April.

Structure of the song

The first verse begins with A-Q introducing us to the importance of holy communion which he describes as the ”communion of the Apostles”. A.Q goes on to rap about knowing more than many of “your” pastors but indicates that people are usually quick to call it “sacrilege”. He talks about how men of God ask people to pay tithe but won’t give the right scriptural backings. He claims that even after paying the tithe, they never do anything to save the poor among their congregation. The rapper goes further to talk about how people fail to enlighten themselves by reading their bibles but will instead run after pastors who then manipulate the word of God and eventually continued to hammer on the importance of having knowledge of the bible because it gives power.

To him, its the power got from the knowledge of the word of God that leads to a rebirth for a child of God. In the next few rap lines, we begin to hear him delve into the practices of some worship centers comparing their actions with that of Jesus. At this point, you hear him say “ Jesus cast demons with “words”, not with “brooms and canes”, not with “crosses and chains”(perhaps referring to a particular sect…hehe…its like this A-Q likes gbas gbos). He goes further to talk about the wicked hearts of men tracing men to the generation of Cain.

A-Q then spoke about the ill-treatment of children as well as people who work and render their services to the church but are not taken care of in the name of doing God’s work. He alluded to (Matthew 19:14) “Let the little children come to me, and do not hinder them, for the kingdom of heaven belongs to them – NIV “. He speaks about the habitual recital of the lord’s prayer by so many people who do not understand its in-depth meaning.

He addresses how easy it is to be brainwashed by people who preach on Sunday mornings and asserts that this often happens only happens when you lack the knowledge and understanding of what you ought to know. Another important issue the verse identifies is the punishment of children harshly. He prescribes teaching them things they ought to know so it passes on to their own kids. He condemns the saying “spare the rod and spoil the child ” and raises the question as to whether men of God practice the same in their homes.

“Religion is your Prison and ignorance will be your synonym, “ he says as he tells people not to judge him. He calls on believers to aim to be Christlike. A-Q continues by saying Jesus called out the Pharisees when they did not act right and ask why people become hypocritical when the bad actions of men of God get condemned. He goes further by asking people to be properly informed in order to get their facts right before gunning for his head because he is not actually saying these things in order to trend. He finally wraps up saying he’s not trying to get anyone confused but only trying to shine a light on the fact that more than half of “your men of God” are not in any way Christlike. 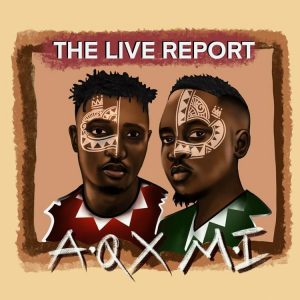 The second verse, which was M.I’s introduced us to some sought of a monologue addressed to God. “I know you said touch not my anointed but i’m just so disappointed”, he said. He continues to reveal his confused state of not knowing who God is speaking through. He talks about a particular incident here when says “Did you not see the ceiling was falling? did you not hear her screaming …”. He expresses his thoughts about men of God who have been accused of stealing and committing all sorts of atrocities and how he refuses to mention names because it meant career homicide.

M.I puts a very important question out there when he utters “Who’s going to prophesy for those who tell prophecies for profit”. Like A-Q, he speaks about the ignorance in the church and how a few friends of his have actually been hurt. M.I Abaga revealed that he finds himself hoping that Christ would one day come for those who actually yearn for him.

He goes into another monologue and talks about the various noise and distractions around him. He reveals having a “me and you” type of friendship dynamics with God and not just religion . To him, its not favor over labor (perhaps referring to his career and life) but his readiness to put in the work when there’s an assurance of favour (results). He delves into the importance of how the treatment of those around us manifest into God’s mercy and provision upon our lives. By bringing up the problem of our electoral system in the country and how policies and favorable implementations take place based on who you are voting for, He utters “You asked for our voters’ ID and asked who did you vote in place”. The rapper described how the answer to this question ultimately defines the level of security, healthcare, or better roads made available in your region. M.I Abaga calls on those who are addicted to religion and urges them to pay their taxes send their children to school regardless of their genders for them to “truly see” that God is good. M.I delves into the present crisis going on in the country as regards the Covid19 pandemic and urges people to give offerings and donations to the church to divert it to the poor and hungry who have no means to fend for themselves. He urges the political leaders to pay doctors and treat them well so they can help fight diseases. He concludes by alluding that Christ is the “shepherd”, humans “the sheep” and called unto Christians not to allow another “sheep” to lead them wrongly.

M.I Abaga and A-Q are two of Nigeria’s top rappers and their synergy on this new project is amazing and we totally love it.

The song was successful in the highlighting of various ills going on in the church as well as society. M.I and A-Q gave us an enlightening song without diminishing the quality of the song lyrically and sound-wise. However, for me, it would have been nice to hear them articulate some of those issues brought up. The uniqueness of the song is in the fact that , it resounds the reality that an individual can be intellectually sound and serve God.

It re-echoes the need to acquire knowledge in order to be free from the shackles of manipulation, falsehood, and mental slavery. Ultimately, it was definitely appealing to hear these two amazing artistes talk about controversial issues. I do not necessarily agree with everything that M.I and A-Q were saying in the song, one thing is however certain, the song evokes some sort of response in the mind as you listen. Overall, Jesus Said Use Your Head captivated me. In simpler words, it is worth the hype!!!

My heart goes out to all the people who have been affected my the Covid19 Virus as well as those that have lost a loved one.

Amidst Covid-19: Nigeria Is Against Herself.

The Art in Cooking. 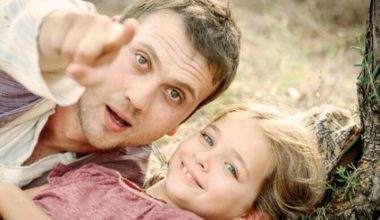 Read More
LLife Issues
If one really wants to know how justice is administered in a country, one does not question the… 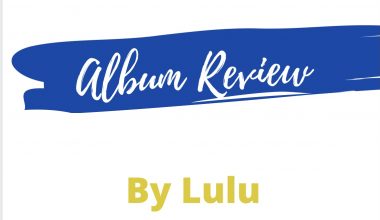 Read More
RReviews
Jesse Jagz, on 29th of May 2020, released a 5 tracked EP and I have received several requests…

Read More
AArt & Entertainment.
I Should have seen the red flags I’m here staring at the ceiling, thinking to myself as I… 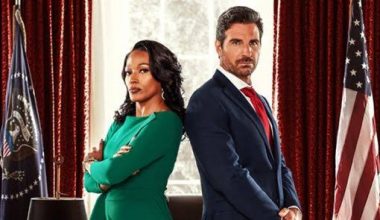 Read More
RReviews
The Oval is a BET soap Opera series that premiered on the 29th of October 2019. A Tyler…

Read More
LLife Issues
Hello guys! I trust you all are keeping safe? I have decided to write on how to love…