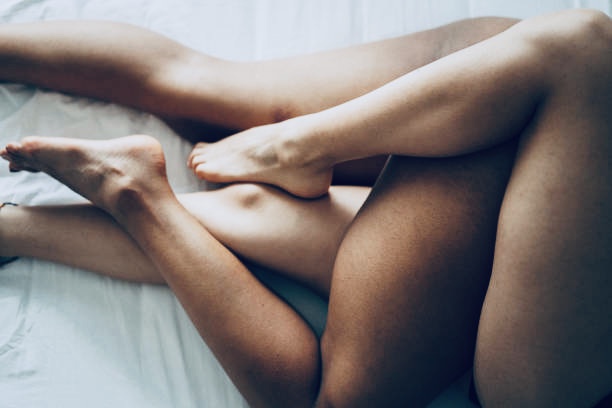 I would rather die than let him have you. I don’t care if I get arrested or people call me crazy but I will never allow you to be with him.

I couldn’t allow him to continue with these words. I have always considered myself humanly strong but not in this case. I felt my body losing all its strength with each word that came from his mouth.

I went closer to him, trying to angle my eyes, and lips in a way that would make him understand that I meant every word coming from my mouth. I had to interrupt him because I knew once he was sure I had heard him, he would go ahead with his decisions. If I allowed him speak for some extra minutes, unhearing his intentions would be impossible.

He wasn’t lying, he was right! This was the exact way I felt when I thought he was leaving me. In fact, his exact words were “My dad has asked me to start seeing chief Mila’s daughter, I have tried to explain our situation to him but he is having none of it”.

And for 5 minutes I couldn’t help but wonder what “our situation” meant. I repeated to him “our situation?. What the hell do you mean by our situation? Ayo, aren’t we in love anymore? Like bro, when did you start referring to our relationship as a situation? We can’t even breathe without we each other…”

Fast track to this moment…

How the tides have turned… This was me a year ago, begging him not to leave. Trying to explain to him that I didn’t mean to say hurtful words to him whenever we fought. Trying to make him understand that I have never pictured myself with anyone but him. You know how you watch love scenes and you imagine that scene with someone? He was everything I pictured…I loved him, he completed me and he knew it!

He gently removed his hands from my grasp, took a step backwards, looked into my eyes and said. “I don’t want you for him, I can’t help it..I will kill whoever I can just to have you to myself. He moved closer to me and continued, “remember all he did to you, how he hurt you repeatedly. Sharon, how could you easily forget how he left you at the hotel to see another lady? Now you want to go back to him? Unbelievable!

Calm down Ayo!. There is really nothing I can do for now and you know it. The deed is done. I have to be with him!

The world doesn’t give justice to people. How he hadn’t grasped that yet was beyond me. I didn’t know how to get through to him. At that moment, an idea came to my mind. How about I make him forget that I was going to be another man’s own by engulfing him with so much affection till it was time to leave?

It seemed like a brilliant idea in my head. I began to touch his face like I was tracing something beyond. He lit up and slightly lifted my chin. “Look at me”, I began to speak, “I need you now, more than ever, I don’t know how I’m going to cope too but I want you to make it easy for me”. Before I could complete my words, he kissed me and it instantly felt like everything around me chorused “Here we go again”.

Being with him was heaven. I haven’t been to heaven before but there was literally nothing better than what I felt whenever I was with him.

In his arms, I kept thinking of how we kept confusing everyone around us. Today we were madly in love, tomorrow we are fighting and raising hell on each other. Our love story wasn’t like every love story that existed. Our love flourished in peace and still thrived in chaos. It was our peaceful chaos. When we had each other, we wanted nothing else. I had never lied to him once, I saw no need to. He saw through every word, every gesture, every thought.

Whenever another human can see you in thousands of ways which others can’t, you just know, THEY ARE THE ONE.

Oh my! I was definitely gonna miss coming to the beach house with him. It was our safe zone. Ayo bought it for us! I remembered the day he told me he was going to buy the property. I replied his text with, “lol, you are crazy!”. A month later, he had done what he said he was going to do. I couldn’t believe it! I had just passively said I would love us to spend more time there and talked about how nice the beach house was. I never knew he was going to act on it.

His attention to everything that concerned me was mind-blowing. My friend, Doyin said we were obsessed with each other in a very uncomfortable way. Well, she was not wrong, neither was she right!

If you weren’t used to it, obsession would definitely come to your mind. My crazy obsession was worth my obsession and that was madly satisfying for me…