Home My Undiluted Review of Love is Blind on Netflix. 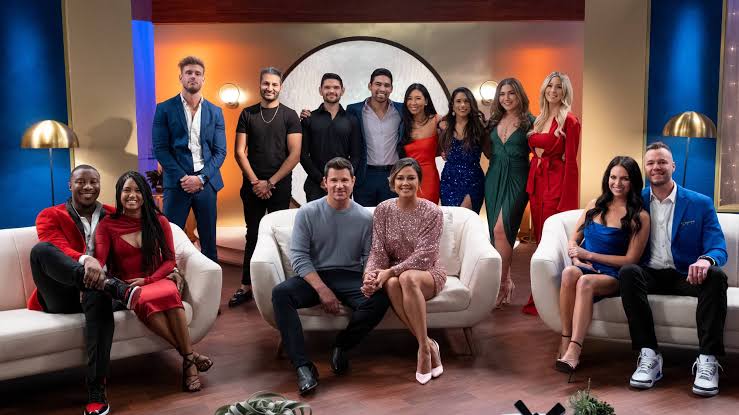 Love is blind – The plot

The dating reality tv show is a social experiment to test the popular saying “Love is blind”. The show aims to test the hypothesis “Can love truly be blind?”.

Can people genuinely love without other variables such as looks, race, status, or income? I’m going to try my best not to give any spoilers that could ruin the show for you.

In this amazing show, the producers bring 13 people together. They are to get to know each other by going on dates in a different room ( a pod), to be separated by a thin wall and a glass. They do not see each other at all. The housemates get to interact with others and see if they can form an emotional bond.

After getting a chance to interact with several people, they propose to the person they have the most emotional bond with and be ready to move in and get married after a month. It is only after the proposal they get the opportunity to see how they look. Crazy right? I know!

I think what most people would consider a weakness of this show is what I actually find exciting. Most people have sorta questioned why the cast members had to propose and get married after a month. I think it is a great idea.

If you would say that love is blind, I think it’s only fair we get to understand how that blindness transcends in the real world where there are so many distractions. It’s good for us to see and understand the extent to which love is blind.

My Opinion & criticism about the show.

I love the fact that the show gave people the opportunity to find love by first establishing an emotional connection before other variables. The sorta gave The Bachelor vibe but in a nicer way. I basically teared up every 5 minutes. In Fact, I got overbearing emotions all through the show. When you watch this, be ready to be taken on a rollercoaster journey. Whew!

In season 2, five couples got past the proposal stage and my favourite couples were Jarrette and Iyana, Natalie and Shaina. At first, Danielle and Nick were so adorable to watch but after a short while, I just got annoyed watching them. I had to fast forward some parts because of Danielle. She kept gaslighting Nick at every opportunity and it was really frustrating to watch. As always, some cast members were very fake and didn’t live their truth.

The show also felt overly edited at some point as we didn’t get to see some dramas. When I hear the cast talk or allude to an incident that has happened on the show that wasn’t shown to the viewers then it makes me question the extent to which the show was real. This was a major highlight during the reunion. The housemates were being so careful, and watchful and everyone was trying to protect the other person. In my mind, I was like “WTH is going on here?”.

For all these reasons and more, I would give the show a 7/10.

In all, the show was amazing, intriguing and felt so real. It’s a perfect definition of what a reality show should be. Have you seen this series? What did you think about it? If you haven’t, you can watch it here Watch now

Can you form major emotional emotions without meeting that person?