Home » South Africa’s Ban on Tobacco Due to COVID-19 is Needless.

South Africa’s Ban on Tobacco Due to COVID-19 is Needless. 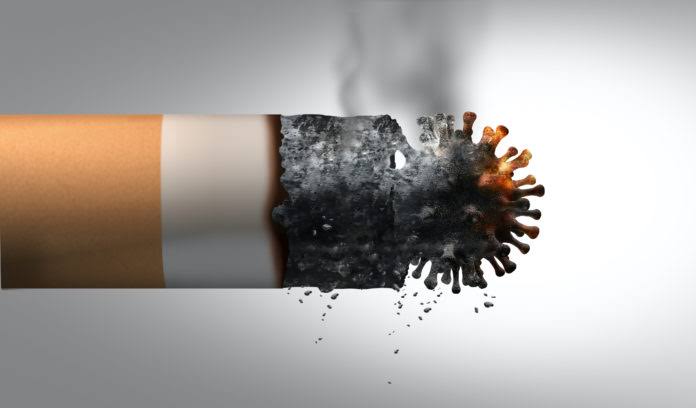 South Africa has entered a far too familiar terrain with its ban on tobacco. Unfortunately, this journey the government has embarked on is doomed. Placing a statewide prohibition on goods that are mutually exchanged often leaves sour marks on the economic, social, and health status of the people. With a product like tobacco, which still sells despite advertising its potential harm on every pack of cigarettes and tobacco, bans will only short the supply and make the commerce of the widely enjoyed substances go underground. The effects can only be told in the likeness of the Prohibition in America which ran unsuccessfully for 13 years. 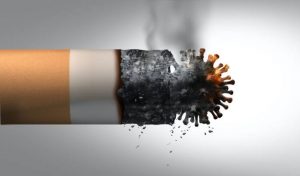 The motive for banning products has commonly been ethical. When done for economic reasons, often there are alternatives that may stem (sometimes unsuccessfully) the interest of people to deal in dark corners. The nature of the pandemic that caused the Cyril Ramaphosa administration to stop the distribution of tobacco is acknowledgedly respiratory. The World Health Organization (WHO) further affirms that, since COVID-19 tends to attack the lungs, smoking which weakens the lungs, is ill-advised. While the rationale behind the South African government’s rule is understandable, its sanction against tobacco wrestles itself against socioeconomic commonsense.

Along with the pandemic came a direct attack on the economies of many countries due to commercial activities being brought to a halt. South Africa’s economic strength had already been staggering for stability when the pandemic forced it to its knees. According to South African tax expert, Collen Lediga, the country has so far lost R1.5 billion (€79 million, $89 million) in tax revenues and employment losses.

Getting law enforcement agencies to start cracking down on tobacco distribution will further strain the country’s purses, which could otherwise be employed in injecting more financial support for the nation’s economy or health needs. More critically, the government will pose itself between an item that is widely consumed and the general public. The result of this would simply be the smuggling of such items, underground sales networks, loss of jobs, and tons of money that could otherwise return to the government’s purse lining the pockets of organized crime members instead.

People who smoke cigarettes and find it an essential part of their daily consumption will find new ways to acquire these tobacco products and that might mean them jeopardizing their health especially in areas where interactions may not easily be documented. Before the pandemic, illicit trading of tobacco had gained 23 per cent of the tobacco market, costing South Africa more than R21 billion since 2010. An extended ban would easily move this market to 100 percent while growing the value of its market share.

A CNN documentary revealed a now booming illegal trade of cigarettes. A smuggler interviewed by the global news network revealed that profits are now up as people would rather buy cigarettes illegally than stop smoking. The documentary also revealed that smokers were now paying four folds for cigarettes while the government gained nothing from this trade. South African armed forces are now also having to combine maintaining social distancing with hunting down illegal cigarette trade.

A study carried out by the University of Cape Town researchers Corne van Walbeek, Samantha Filby, and Kirsten van der Zee studied the cigarette sales ban. The study, titled ‘Lighting up the illicit market: Smokers’ responses to the cigarette sales ban in South Africa,’ is based on a survey among 16,000 respondents. The survey found that 90 percent of respondents had bought cigarettes during the lockdown. It also revealed a drop from 56 percent of 3 percent of respondents who purchase their tobacco products from formal retailers. While the survey tried to convince that cigarette revenue to the government was only 1 percent of the government’s revenue, it clearly showed that the major reason for the ban was failing to hold together since trade continued despite the ban.

Instead of complete bans, the South African government may offer recommendations for engaging in the tobacco trade and use.

South Africa may take a cue from Nigeria’s handling of the pandemic. While Nigeria’s COVID-19 cases are still rising, the country has concentrated its resources on fighting the pandemic while also gradually staging the country for full commercial activities. Understanding that hunger, amidst other detrimental effects of poor economic status, can drive people to further violate guidelines to control the pandemic, the government of Nigeria took a mild approach to sanctions and even lockdowns.

After several weeks of completely shutting down activities, ease was introduced to get people to start going back to work and by June, most of the country’s commercial activities had resumed while some restrictions were placed on inter-city movement. All these were done without shutting down industries especially amidst a looming economic crisis. This approach was effective in reducing the panic about the pandemic while providing the sensitization needed to curb the spread of the virus.

The government had to come to terms with the situation and heavy sanctions, especially during a period where people battled with the psychological and physical damage that restrictions on activities caused, would only worsen the socioeconomic standings.

Instead of complete bans, the South African government may offer recommendations for engaging in the tobacco trade and use. The Ramaphosa administration may also consider supporting activities that help people who are keen to wean off tobacco use, especially when presented with more health reasons to quit.

Olumayowa Okediran is Managing Director at African Liberty and Member of the Council of the South African Institute of Race Relations. His recent book is Navigate: A Prospection of Nigeria’s Future to 2030.