Home » The Art in Cooking.

The Art in Cooking.

Cooking is not chemistry. It is an art. It requires instinct and taste rather than exact measurements. -Marcel Boulestin.

He could smell the readiness of onion in every one of its stages of cooking and knew exactly what stage worked best for each dish. He could identify the exact rapidity with which milk had to boil before adding the lemon to make the cheese curd separate into paneer. He could sense exactly when to add the tomatoes to tie together the onion, garlic and ginger so that the curry came together perfectly with the oil separating from it in syrupy rivulets.-Sonali Dev 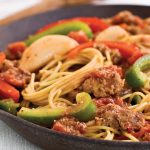 Cooking means a lot of things to different people. For some, it is symbolic of freedom. To some, it’s an act of expression or indication of feeling. For several others, it could be a process of sharing love as well as a form of therapy. However, there exist a certain category of people that regard food as a means of survival and hustle. That is, a very key aspect of their existentialism depends on cooking. In the world we live in, cooking is sometimes a dreaded activity for some while for others it is the ‘hay’ to their sunshine where their artistic passion for creativity can come alive. It should be noted that cooking is not just the act of preparing food to put in the mouth. It is a fundamental way to guard and preserve our historical culture.

Art is the application of the human creative skill and imagination, typically in visual form. According to Frank Lloyd Wright, art is a discovery and development of elementary principles of nature into beautiful forms suitable for human use. This is why when a chef is given a task to make a meal utilizing rice as the main ingredient, he can decide to make the rice with coconut water or sauce served with grilled fish or meat. The chef could otherwise decide to make plain rice with carrot and peanut sauce or even make a special type of fried rice (maybe garnished with pork, shrimp, chicken and so much more). There is something we refer to as the ‘cooking technique’ when it comes to cooking. To explain what i mean, lets say two different Chefs were provided with the exact same ingredient, equal resources as well. There is a high probability that the final result of the meal would not be same because of the differences in techniques. A perfect example of this is often seen in cooking TV shows such as Beat Bobby Flay and Chopped. Sometimes, the dish might even look exactly the same but as soon as you have a taste of both cuisines, you end up loving one than the other. At the end of the day, so many people might be able to cook but it is the technique applied that differentiates a cook from a chef.

The technique applied while cooking could be the difference between a ‘dry’ piece of meat or a richly seasoned meat. A well marinated meat that has been soaked in the delicious seasoning for some time can almost never taste the same as a meat that hasn’t been marinated. The marinated meat would most definitely taste better than that which did not go through the same process (depending on the skill of the chef). There is another technique referred to as the flavor boosting technique; have you ever watched a cooking competition where you see the Chef cook meat with white or red wine ? At times, you watch a chef bake the chicken instead of frying it or even bake potatoes rather than frying it. This is proof that the outcome of every dish is dependent on the method, technique and procedure used in cooking. It is also very important to note that some cooking techniques are synonymous to a particular culture or country . For instance, in cooking pasta, you can either use the method of the french, Italians or the Brits. Alternatively, one could incorporate cooking styles from distinct cultures or societies. In some parts of the world, pasta is cooked to a very tender level which some people based in a different geographical location might describe as being overly cooked.

The Emotional, Physical or Mental Response to food.

Have you ever tasted a plate of food you have had several times and felt like you had never had one that tasted so great? More often than not, after having such a memorable meal you end up making a promise to yourself to make that same exact dish in good time. That’s one effect a good meal can have (it gives you the opportunity to make promises that you probably may never keep). It is no surprise that a lot of relationships have either been built or broken based on how good or bad (a) meal was. Just like art, good food can influence emotional, physical and even mental response. A properly cooked food can help jolt your memory positively. I don’t know about anyone else but i get my best ideas when I’m enjoying a beautiful meal and even tend to assimilate better when i have had good food.

Another important part of the puzzle is having the right recipe. You see, having the right recipe is somewhat the holy grail of being a great cook. In the “SpongeBob” cartoon franchise, “Mr Krabbs“, a restaurant owner is almost always seen protecting his secret recipe. This is usually how important recipes to great dishes are usually protected. The right application and execution of a cooking recipe is what makes the food a masterpiece. Most successful restaurants have a recipe which they follow accordingly, Hence the food in all their branches taste alike (just as we have it in all Domino pizza branches). You might have not put much thought to this in regards to your favorite restaurant. However, it is important you remember this whenever you visit your favorite eating place and that ice cream you always enjoy does not taste so well (perhaps the quantity of egg was wrong), or the beautifully prepared plate of salad which you enjoy all the time does not have that taste you particularly find delightful. It could also be the reason why your favorite banana pudding which you adore doesn’t look the same. In these case, you can be sure that there was a glitch in the execution of the recipe. 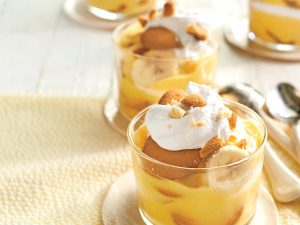 Cooking, just like art and science requires attention to details. Attention to details in terms of formulation of recipes , in regards to using the right proportion of ingredients, seasoning, as well as even plating. Any mistake with the above could lead to the disaster of the cuisine. An artist that paints knows too well the importance of mixing the right colors in achieving a masterpiece. Too salty, overly spicy, too peppery, overly cooked, under cooked, excessively sugary, soggy, oily -These are all words no chef wants to hear. For a chef, these words used in describing their food is a nightmare. In the world of cooking, taste can either be categorized into sweet, sour, tart or acidic. Its is therefore important to know the right and exact taste you are trying to achieve with a dish. The cooking industry has grown much bigger in the past years. We now have an increasing number of cooking TV shows such as Chopped, Chopped junior, Master chef, Diners, Drive-Ins and Dives, Iron Chef America,The Pioneer Woman , several cooking competitions and festivals amongst others. Additionally, diverse YouTube videos, online cooking classes and cook books are available for anyone and everyone.