Home The rationale behind irrationality. 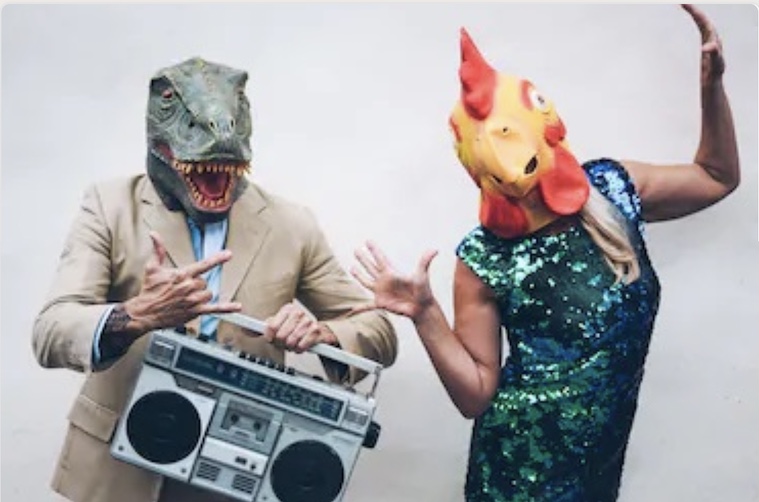 Whenever I hear people criticize the rationale behind the irrationality of the action of a certain individual it gets me confused. A lot of people like to pride themselves in the fact that they are logical thinkers and by extension, claim that they will never do or act a particular way whether or not they are faced with a particular problem. The sooner people begin to realize that anyone Is capable of behaving irrationally, the easier it will be to solve the problem that births irrational decisions.

I am of the opinion that the major motivating force behind irrationality is our emotions. That is to say, no matter how logical you think you are, your emotions can make you act unintelligently and unexpectedly. There is no certainty as to how you will act when faced with some specific situations. Almost every irrationality stems from emotion with exception to cases where an individual decides to be intentionally irrational.

Irrationality means to act without thinking, without reasoning or adopting logic. I do not believe that it is possible to act without thinking or reasoning. The level of reasoning might not be adequate. It is also possible that actions might be fueled by the wrong reason. However, when there is an action, there is almost always a reason. Yet another issue that arises is the validity of the reason behind the action. How do we know if the reason for an action is valid and how do we consequently measure the level of its validity? What are the parameters for these measurements? And can these parameters be used universally? If these parameters are used will they produce the same result in every scenario?

It is important to mention that in as much the word irrational has a widely accepted definition and meaning. It still can be deficient in many ways. An individual could have a very viable reason for acting irrationally; it doesn’t make the person incapable of logical reasoning. Some will argue that if an irrational decision leads to a good outcome then it is rational. Others would say, that the intent of the irrational action is what really matters and so as long as it does not inflict pain then it is acceptable. We all know that our intent has no factor in deciding the outcome of any circumstance. My intentions might be to do good yet my actions might cause the exact opposite.

Now, let me go back to the issue of the validity of reasons as regarding irrationality. Who says whether or not a reason is valid enough? your friends? your boss? or your family? What makes a reason viable enough to be considered logical or rational? Do we at all times have to follow the standards that society has set out for us? Many people have at different times come up with some characteristics of what a valid reason should be. Irrational people mostly operate on intuition, feeling, mood, faith while rational people make use of logical thinking, analysis, and reasoning. Rationality in decision making means making decisions that are most beneficial through careful reasoning.

What is logical thinking?

Logical thinking Is the ability to base one’s thoughts on facts and evidence rather than feelings. It requires analysis rather than assumptions. Most times people associate the word irrationality with dishonesty, indiscipline, lack of self-control, and even intellectual disabilities. The truth is logical thinking is an intellectual skill that is learned and is not bestowed to anyone naturally. Irrationality on the other hand is not learned, it comes naturally to every human being and it acts as a major source in the making of rational decisions. Even the determination to want to be logical in reasoning stems from irrationality.

I feel every human needs a bit of both. You need to be irrational and there are times to be rational. Emotivism in almost all cases negates every form of rationalism. The Decision-making process involves emotions. However, the depth to which we plunge into our emotions during a decision-making process varies for every situation. This means, whether it’s a decision as to what choice of cloth to wear or whether or not to employ a particular person our emotions one way or the other influences our decisions. This is not to say that we as humans cannot be objective. It only explains the phenomenon that we are either subconsciously or consciously influenced by our emotions and feelings.

Am I saying the end justifies the means?

No. the end does not always justify the means. However, in certain circumstances, the end certainly justifies the means. In measuring whether or not an action is justifiable, most people like to subject the by-product or end result to a test; by analyzing whether the outcome favours the society at large. I strongly believe that in trying to understand if the end justifies the means, one must first consider the effect of the particular action on one’s life before considering the society next. Selfish? No not selfish! It is not a bad thing to put one’s self first. Sometimes, the only way you can do any good in the world is by achieving self-fulfilment.

Allow me to paint a scenario, imagine telling the parents of a child that came rushing into the emergency room of a clinic to wait in a queue for their turn when their child is in a state of unconsciousness and expecting them to be cooperative. At that very point in time, the thinking faculties of the parents might not be able to process whether or not that instruction is the logical thing to do. At that moment, they are being driven by the love they have for their child, they are scared and anxious. The only thing that would seem logical to them at that moment might be to insist that their child should be immediately attended to considering the severity of the situation. Ask yourself if this is logical, rational, or irrational.

In conclusion, we are all irrational beings in the face of uncertainty. Irrationality can be logical if the situation presents itself. Irrationality can also be very beneficial. Making good moral judgments should not solely depend on how the society perceives it but rather, the effect on one’s life and then society at large. Understanding that irrationality is not a death sentence or a crime but an avenue through which some of our very deepest emotions are reflected and used as a weapon to get desirable outcomes in a specific situation is important.

You need not subscribe to my school of thought. However, I ask that you truly read and understand this article.

10 thoughts on “The rationale behind irrationality.”