Home The Stranger We Hide Under our Beds 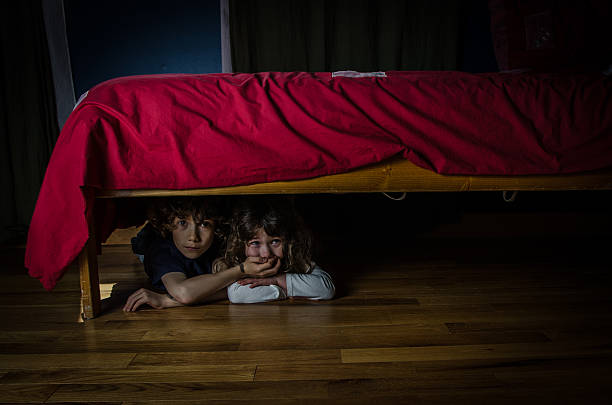 Every child is born with innate desires, talents and dreams. However, society and cultural factors with very few exceptions determine the expression of these capabilities. To this effect, everyone becomes either a tailored fit to that particular system or an outcast. To become either of these, certain parts of our individuality or dreams must be locked away. This part that we keep locked away becomes a stranger to the world. A stranger we have carefully hidden beneath our beds. Everyone has that particular point in time when their stranger was created. Here is a practical example; Tunde, a child in primary three, was in school like every other child his age. The class teacher was teaching about professions. She had mentioned and explained the different professions but nothing about the one Tunde was growing to love. Tunde knew he did not want to be any of the ones she had mentioned. This is because at the time, he had already fallen in love with the pictures words created. The fairytale dreams and lands he had come to learn, reading children books. He wanted so desperately to learn about people who wrote those marvelous things and become one of them. Then the teacher began to ask what each child would like to be when they grew up:

The little voices echoed from different parts of the room. All the voices were raised except his. He did not know if the people who did what he wanted wereregarded in the world of “profession” which made hima little sad. This was because the teacher had made no mention of writers. “What would you want to be?” her voice sounding directly above his head, dragging him out of his shell.

“A writer” he responded clearly uneasy

“Writers don’t make enough money” she replied with a disappointed look on her face.

“You won’t have any money”

Two voices rang out in unison, in a desperate need to support the teacher. The rest of the class laughed. That was the last time he ever mentioned to anybody what he truly wanted to be. When it was bed time that evening as he tucked himself in to sleep, he did the same for the writer personality. The only difference was that the stranger was “under his bed” hidden away from the world and never to be seen again. The story about little Tunde might be fiction but it is quite relatable. Society is hard on criticism that the average human shrinks to fit into the tiny bubble. The tiny bubble of what society sees as normal or standard. On careful analysis, it is a rather common thing for one to hide  true intentionsor desires in a desperate need to fit in. In doing so, one’s core values become strangersto them. In most cases, one loses authenticity on the altar of acceptance. An acceptance that is chronically scrutinized every single minute you breathe. In the end one becomes an image built to fit into the society’s perfect standard. This builds up a tugging question, “what really is the perfect standard for society?’.

Society versus the Stranger

To be the perfect standard for society requires one to exist on an inhuman frequency. This is because everyone holds in their stead the power of judge, jury and executioner. This is the type of society we are live in. This does not rule out the place of education and guidance. These are supposed to be the building blocks of these talents. Education is essential in ensuring that these talents reach their peak while guidance ensures it is utilized in the right way. In fact, the role of education and guidance in nurturing young talent cannot be over-emphasized. It only becomes a problem when it begins to totally change or cause a person to hide who they truly are. Children in school get bullied for being from poor families. They are also bullied for looking a certain type of way. This has an impact on children, causing them to hide or lie about their financial status. It even causes some of these youngsters to hop on the current internet fraud trend popularly known as “yahoo”. Young boys indulge in all manner of ritual activities just to “meet up”. This brings another question. Why would a teenager or young adult be focused on making that much money? The simple answer is found in their surrounding. Where they live, who they associate with and what they see. These are all things that influence their life choices,they become who the society has created them to be. It may not be strange that these “children” might have had glorious dreams of being “this” or “that”. One can not totally blame them for the life choices they make. The society welcomes these fraudsters with open arms, and glorious songs as they flaunt this ill-gotten wealth. The society in general should learn to accept people the way they are. It would leave a lot of room for everyone to live their truth.

It is okay for everyone to show the world who they truly are. The truth remains that it is high time the greater population free this stranger from beneath the bed . For no other reason than the obvious, this stranger is truly who we are. While it is okay to unlearn some toxic or harmful behavior, and set them aside, the core of your existence should never be hidden because that is truly who we are. It is truly commendable that this current generation is living their truth, at least to a certain level. The hopes for the future remain bright. It would be truly relaxing to live in a world in which one did not have to hide to fit in. This is because in truth we were not created to fit in. Everyone is a masterpiece and deserves to stand out.

Well, I’m just a young guy who wants to survive in a country that is trying to kill me (maybe that’s a little too harsh, but yeah). I love writing and It has done more than just bring me out of my shell, It has given me a tough skin and I’m well on my way to being better than I was yesterday.  Connect with me on Instagram
0
0
0
0
Total
0
Shares
Share 0
Tweet 0
Pin it 0
Share 0
Share 0
Share 0
Share 0
Share 0

2 thoughts on “The Stranger We Hide Under our Beds”