Home » Why i love the Garba Album by Jesse Jagz.

Why i love the Garba Album by Jesse Jagz. 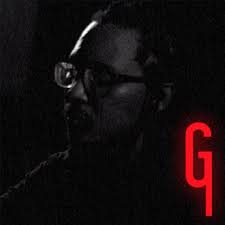 Jesse Jagz, on 29th of May 2020, released a 5 tracked EP and I have received several requests for me to review GARBA. On this note, I have decided to review the album. Before listening, I was very curious about this new project considering the fact that Jesse Jagz last released an album, Odysseus, in 2017.

“G” which is the first song on the album features The Anchorman who begins with rhyming spoken words after which we begin to hear Jesse Jagz rap. The ambiance during this period was very calm and enlightening as the Anchorman raised some very important issues. “G” is a 7:49 minutes song. Isn’t that lengthy? you might ask but the truth is I didn’t really notice it not until I peeped the screen of my phone to see the details of the song. Jesse Jagz gives us an insight into his family intricacies; how his father wasn’t really present in his life. He talks about how things became so hard when his father was laid off and his mum eventually retired. 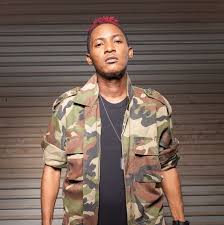 He speaks on how his parents despite not having enough still helped people. He explains how his dad being a flirt affected the family and how his mum tolerated a lot. He talks about how his mom told him to “run” (move away) in order to seek for greener pastures. He then begins to talk about his relationships and how he used to be naive, how was always trying to explain the reasons for some of his decisions in life. He spoke about not being able to finish his higher education and how when he first went back home, he didn’t have anything to show.

The second song of the album titled “A”

The song was basically centered on “J” town. Jesse Jagz describes a picture of the intimate moments he had with girls and how this had led to strange attractions from girls. Here, he calls himself “J town’s Tupac Shakur”. Then he talks about the first time he heard himself on the tv while with his mom. He later describes a violent incident that happened in Jtown where someone got shot in the head 7 times; how law enforcement officers basically did nothing about it. He continues to rap about how religious, government organizations as well as media houses never really tell the whole story.

He talks about occasions in Jos where gas was released on the streets and guns were being made locally and several youths became radicalized. He explains that the situation was enough to cripple anyone mentally and emotionally. He continues by saying “there are many reasons on the planet you might get killed by Jesus or Mohammed” alluding to the various crisis that has been caused by fanatics in the name of religion.

This was by far my favorite track of the album. The track brought a fuji & folk twist to the album. This was the only track I listened to twice before writing this review given that I love to listen to an album just once before reviewing it. I discovered that this way, I’m able to give an unbiased review of the song. The chorus was a memorable one; it called on people not to just “denge pose” and instead vibe to the music and dance. Jesse Jags begins to dish out sincere praise of himself (you know how rappers do their thing). He talks about how his work is on a foreign level. Here he refers to himself as a King and Emperor.

Baby, do you know what Jaga is? This was my favorite sentence of the song as it has now turned to my own national anthem. He continues to rap and refers to himself as the “tree” while others and others the branch.

This is a 3:42 seconds song. It centers on relationships and issues that arise when partners have different or conflicting dreams, visions, and desires. The emperor gives us a picture of some of the relationships he has been into in the past. He says “If a partner leaves, they will come back and even if they don’t someone else would eventually. He tells us a story of how his first girlfriend left him because she wanted something fancy which he couldn’t provide at that time. He goes further to talk about another girl who even with the fact that she loved rap couldn’t cope. He says he now knows that even if he runs to & fro girls will come and go.

He talks about how people only pursue plastic relationships and shy away from something real. He encourages people not to be down when things do not really go in their favor because nothing lasts forever. He then continues to talk about times he had music shows and he was with a particular girl who broke up with him through text and not even in person. He gives yet another story where the girl made him feel like she was head over heels for him. He says their sex life was heavenly and how she has told him about her ex who didn’t treat her right and so he made up his mind not to be him.

The final track on the album is a 3:50 minutes song. Jesse jagz opening begins by saying life is the greatest thing but making money is the next best thing. I love the fact that he sang in this track; I love it when a rapper sings honestly. Here, he says money keeps things in life interesting instead of hunger, worry, and pain that lack of money brings. Jesse emphasizes that love and peace is good but love and peace cannot really be achieved when there is hunger, worry, and lack of money. He says love has not really paid no one because of the human nature. He emphasizes that Peace itself has never come in a hurry.

The album which was 24:41 minutes long was a very intimate album for me. The album introduced us to some very important parts of his life and past. For instance, “G” gave us an insight into the upbringing of Jesse jagz, the atmosphere with which he grew in and how this molded his decision and path in life. When i listened to the first track, I felt for sure that was going to be my favorite track of the album until I listened to “R” andI fell in love. The beat was amazing and i couldn’t help but play it several times and listened carefully in order to figure out the particular instrument used in the creation of the beat (I can be very curious sometimes😀).

He told us a story with this album; I love a good storyteller. He touched some socio-political issues here & there in “A”. I loved it when used words such as “yaada things” “the emperor baby”. We also got to know about a few of the challenges he has had in his relationships in “B” &”A”. As regards Jesse’s rapping, I felt he made the right choice with the choice of words and flows. However, I would have loved it more if it had taken cognizance of the order with which he told his stories in the rap. By either picking an ascending or descending order of events. It helps the listener to be able to have a clearer picture.

In all, Jesse Jagz was not shy to tell his story and even give us a peek into aspects of his life that would ordinarily make anyone feel vulnerable. This is why I always say, whatever your platform, don’t be afraid to tell your story because you never know who you would be impacting. For these reasons, I have decided to rate the album a 6/10. By the way, I lovveeeddddd the twist in album’s title.

You can let me know your thoughts in the comment section.