There are different fragrances in the world we live in today. These fragrances are what determine what we do with our lives, how we do them if they work for us as helpful tools, or act as hindrances.
Merriam-Webster defines fragrance as the quality or state of having a sweet odor. Vocabulary.com defines fragrance as a sweet olfactory smell.
Normally the word fragrance is a term usually used for pleasant smells. However, for the sake of this article we would be classifying fragrance into two;
● The good fragrance.
● The deficient fragrance.
There is a type of fragrance that opens all sorts of doors while the other results to blockages as well as roadblocks in a person’s life. The fragrance that opens doors could turn the life of a person around, bring people around which could turn out to be helpers, acquaintances, or friends. This type of fragrance makes people just fall in love with you, they just want to get to know you. In some cases, it makes you look or seem familiar to a total stranger, it makes an undeserving person deserving in all ramifications. This type of fragrance is what the Christians refer to as “grace”, the traditionalist would call it “Aajo”. 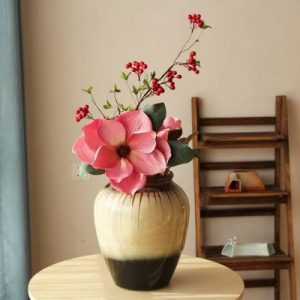 The other type of fragrance however has a foul smell. It repels individuals from a particular person affected by it. It’s a type of fragrance that’s not seen but the effects are seen and can be perceived, can be felt, and ultimately has a very extensive impact on the life of an individual. It is what the Yoruba’s call “Amin Ikorira” (hatred), the Igbos call it “Ikpoasi” while the Hausa’s call it “Kiyayya”
Have you ever just heard someone just say that they hate someone for no good reason? And you begin to ask yourself why this is so? Ordinarily, it’s not like they are threatened by this person they hate or are envious of them. They just claim that there’s more to it in which they have no explanation for. Some call it Ami buruku (evil sign); there is usually a perpetrator and the other person who is at the receiving end.

Emphatically, it can be deposited into a person’s life spiritually, some get this fragrance as a result of where they have visited or other practices, it can also be gotten through sex with someone afflicted by it or going to a place for some kind of spiritual help. Some suffer from this as a result of their family background. In this case, there is usually a repetitive order of events in which almost / all the family lineage has at one time passed through.

A friend once told me a story about a couple of people who went for an interview. At that time, they had already been shortlisted, and usually they just pass through that stage. The person who was to conduct the process picked all of them and rejected one person on a very lame basis. This really has never happened before in the history of that particular company. In a case like this, for example, different people would have different explanations for this happening. The Christians or Muslims would say “ that wasn’t the person’s job as God hasn’t given that job to him/her may be to protect the person from future occurrences of regrets “others could say oh! maybe he/she wasn’t dressed all that well for the position or the demeanor wasn’t just right to the employer. However, if properly investigated, this kind of thing could have been something that has always repeated itself in his /her life but was never taken cognizance of.

The question that would naturally come to your mind is what kind of fragrance do I possess? How can I eliminate bad fragrances? It’s important to note that there are serious implications when an individual has a certain stench to them physically or spiritually. We are not talking about that stench that can be washed by soap or water or by good hygiene or the ones that could be eradicated by deodorant or perfume. This type of foul fragrance has a very deep spiritual origin and undertone to it. For some reasons I wouldn’t want to delve too deeply into this however, I am of the opinion that there are some things in our control and many other things out of our control and that no matter what has happened or is happening you can change your life and there is no such thing as a hopeless situation. Every single circumstance can change or turn around. Most importantly, life is a gift and human elements should be experienced in order to have a fruitful future.